Getting Started With Stop Motion Animation 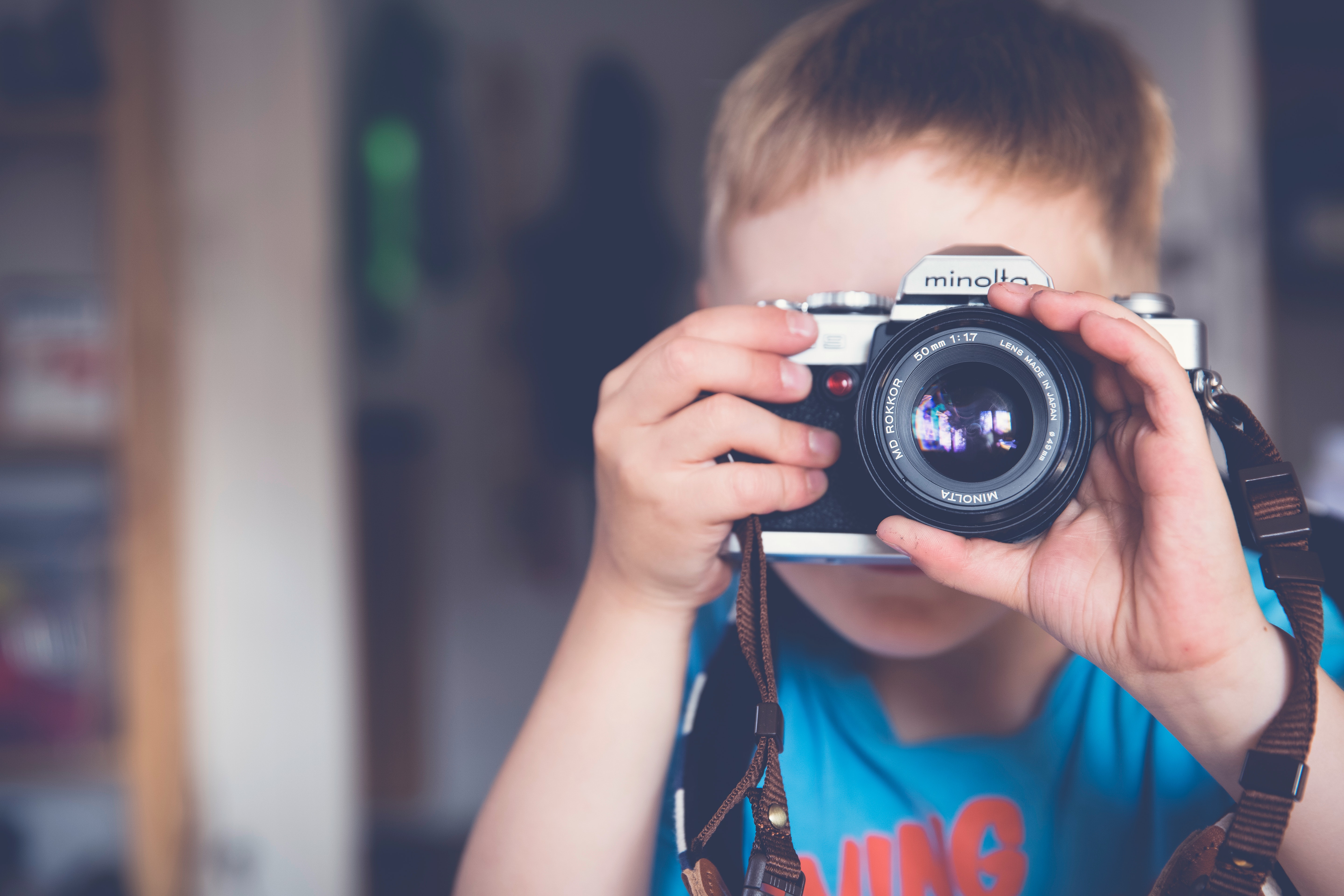 What is Stop Motion Animation?

Stop motion animation is a type of animation captured one frame at a time, moving the subject slightly between each frame.  It can be thought of as a series of still photographs. When the series of photographs are put together and played in sequence, the images come to life.

Think of a flip book - each photo in the book varies slightly, creates movement in the subject, and together the images tell a story.

When Did Stop Motion Animation Begin?

As technology has advanced, stop motion animation has become less popular.  The development of digital animation makes the animation process faster and easier.  However, stop motion is still being used as a tool to make blockbuster animated films. 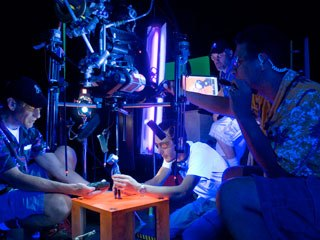 The process of creating Coraline.

How is stop motion animation created?

Anyone can create a stop motion video with ease!  To begin, pictures must first be taken of the subject(s) in various iterations of movements.  The more pictures of each scene, the more fluid the finished video will look.

Once all of the photos have been taken, the next step is to upload them into an application or movie making software.  Desktop software such as iMovie (which comes free on Apple devices) and countless other free video editing software make it easy to turn your photos into a connected and fluid movie.  Stop motion apps are also available on both Android and Apple tablets and smartphones!

After the video is complete, it’s time to add music, sound effects, and voice-overs.  Audio elements are an important part of bringing your stop motion to life!

Watch to learn more about what stop motion animation is and how it's made! 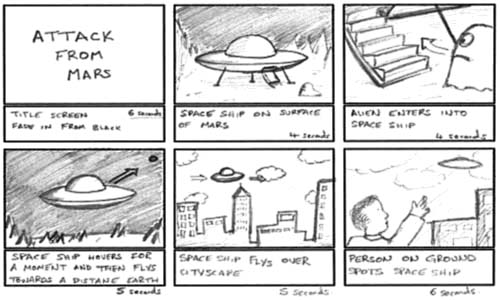 The amount of time spent on a stop motion animation film depends largely on the length of the video being created.  While the 100-minute movie Coraline took 20 months to produce,  a 1-minute short video would be finished much quicker. When creating a professional film, producers say it takes about 1 hour of shooting for each second of the finished video.

What do you need to create a stop motion animation film? 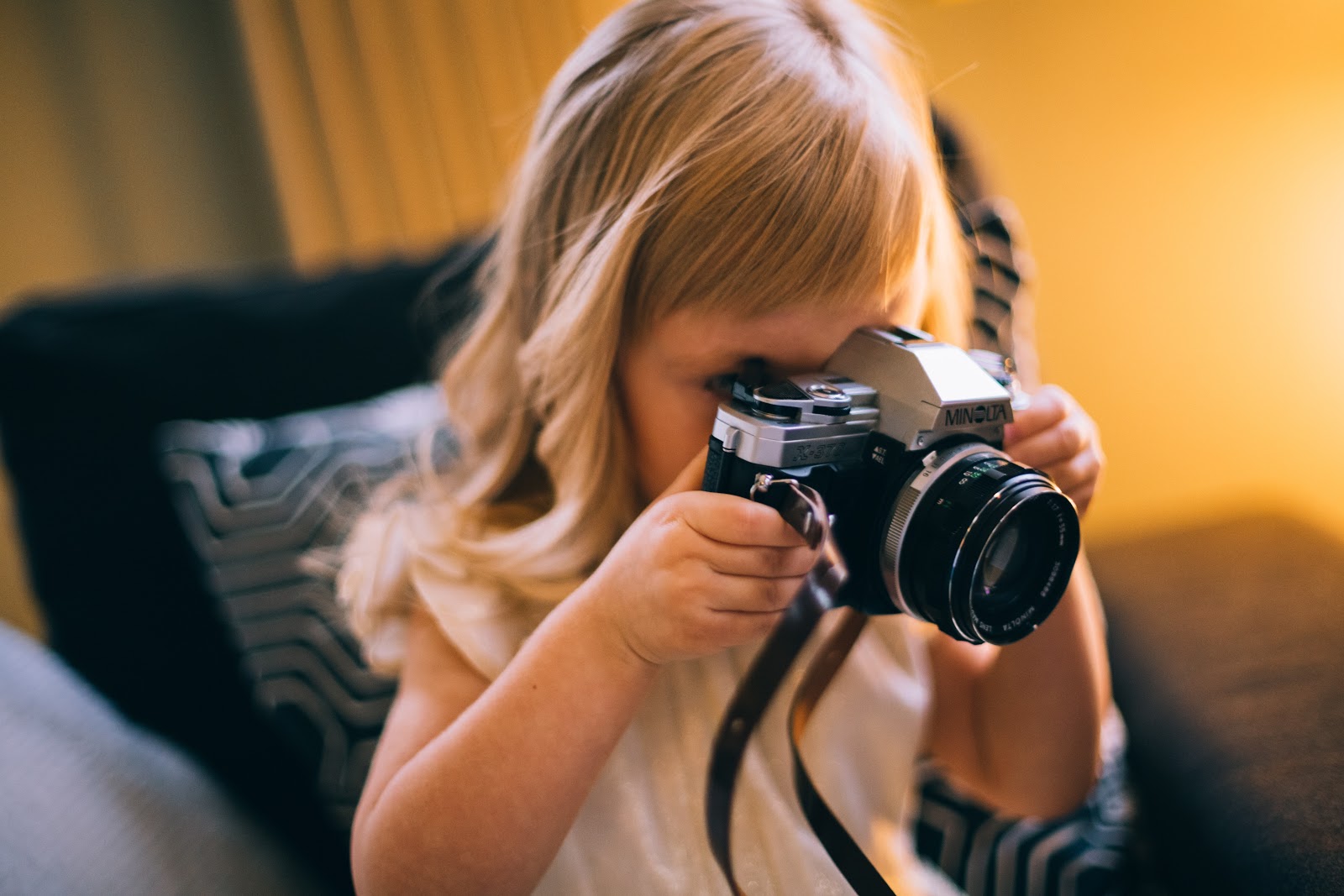 Joseph Summerhays spent almost 30 years creating media for TV, film production, apps, and websites in New York. In 2009, he noticed the rising prominence of smartphones and social media apps like YouTube and Facebook, and he suggested that his kids try making their own stop-motion animation video on the kitchen table.

Before the family knew it, the boys’ little table top animation led to a walk on the red carpet opening night at the Tribeca Film Festival. 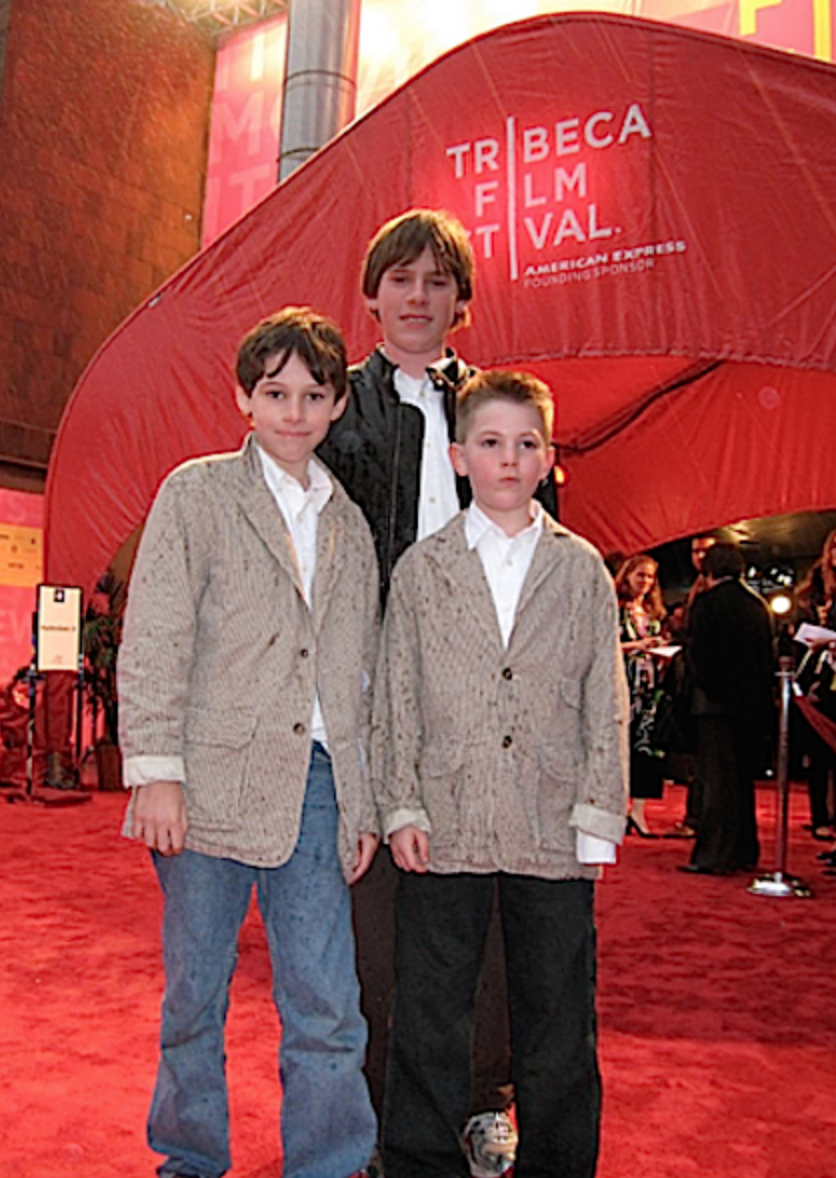 Joe and his sons imagined a program that would allow any kid to share a story with sound and motion using stop-motion animation and simple technology. Three years of blood, sweat, and editing later, Animating Kids! was born. The skills taught in these online lessons can be used by any device or application, making them applicable for generations to come.

Since the origin of Animating Kids!, students and fans have created over 30 hours of stop-motion animation, the equivalent of almost all of the Pixar movies put together. 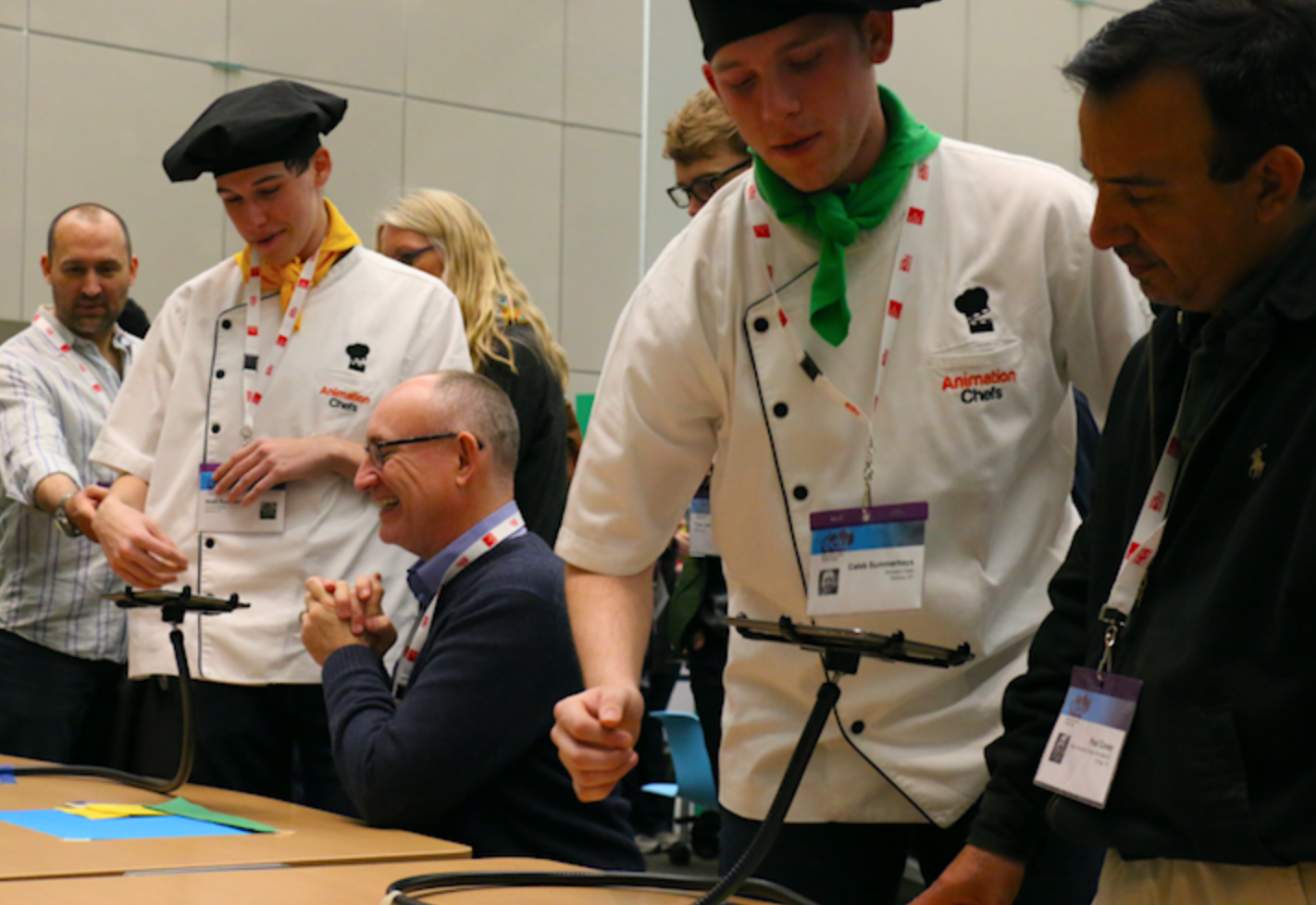 Animating Kids! set out to create a fun and kid-friendly way to learn stop-motion animation. The online lessons are short, simple, and teach a variety of skills as “cooking demonstrations”.

The teachers, called the Animation Chefs, are the four sons of Joseph Summerhays, who has a long history of work in film and media. The brothers have taught over 1000 kids since the start of the Animating Kids! program in 2009.

The online lesson plans are helpful for all ages, and adults can use them to guide their teaching of the fundamentals of animation to children. The skills taught in this program are in depth enough to get even elementary-aged kids on track to film school.

With the Animating Kids! program, students can purchase a series of fun and engaging online lessons, with “recipes” that teach a variety of stop-motion animation skills. These skills range from mastering the technology behind filmmaking, like device set-up and sound design, to general movement, like stretching, shaking, and spacing to create speed, to more complex animation, such as facial expressions and lip-synching, to name a few.

In addition to building useful filmmaking skills, Animating Kids! also sharpens academic skills, such as math and physics, writing, experimentation, and problem-solving all come into play when creating an animation. In addition, the programs can create discipline through guidelines and deadlines as well as build collaboration, should your child work with a team.

What are the levels of mastery in stop-motion film?

The experts at Animating Kids! divide mastery into 5 levels of difficulty, and each level is defined by a different-colored hat. The levels, in order of increasing difficulty, are as follows:

These are basic principles, vocabulary, and skills in stop-motion animation that can be applied to essentially any medium.

After learning the fundamentals, these online lessons will teach you to combine your current skills and special effects to make more complicated animations.

By this point, general stop-motion animation skills have been covered, so these recipes help you develop a character through emotions and poses.

No animation is complete without a story. The Blue Hat lessons allow you to bring a film to life through storyboarding, dialogue, set building, timing, acting, sound effects, editing, and voice-overs.

This last set of online lessons are the most advanced and cover the Animation Chefs’ specific methods and skills that they have built over the past 9 years. This level is constantly being updated as the Chefs develop new processes and strategies.

How Kids Can Start Animating Today!

It’s easy to create stop motion animation using applications on the devices you already own.

Kids get creative while learning about moviemaking and storytelling. Animating Kids! can help bring the magic of stop motion to your home.  Get children involved using the short, easy, pre-planned hands-on lessons provided by the Animating Chefs.

So what are you waiting for?  Get started creating stop motion animation films with Animating Kids! 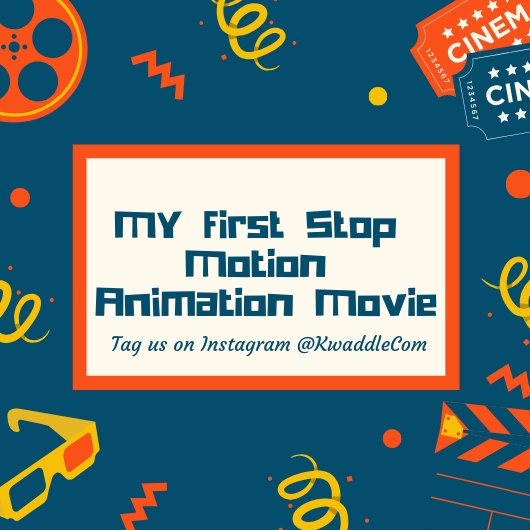 × Kwaddle uses cookies to customize your experience. By using the site you are agreeing to our Terms of Service.